Odd thing learning how to be a Runner for the second time.

I was venturing out now and again to watch races and meet friends again.

It was pretty obvious how bad I looked from people’s reactions when they met me that I was looking very shook.

First of all I had to rebuild the muscle mass and lung capacity to move again.

I started off on the bike first. The scar tissue meant it was too sore to run so I had to use the cycling as a low impact training method. I love cycling and especially climbing the hills of Wicklow.

After months of painkillers and drowsy fuzzed up brain it was such a buzz to get some air again.

Hard to explain what all the drugs they pump into your brain during and after something like this does but it was an out of body experience for at least a year.

I don’t really remember a lot of the 6 months after.

They gave me an apparatus in the hospital for retraining my lungs which had helped a lot but anytime I pushed a little too hard I would see stars and have to pull over.

The legs were coming back quicker than the lungs and heart so I had to be patient.

So much weight loss meant that my heart had shrunk! It’s a muscle like any other and I had never taken this into account. My ability to pump large volumes of blood was gone as well as lung capacity. My quads had shrunk from 27 inches to 19 inches so pushing the bike was a big amount of pressure but I had to keep on trying a little bit harder every week and try to rebuild. Either way it was great to be back on the journey to fitness again.

I kept on cycling and trying to get stronger and eventually things started to move in the right direction again.

My first run back was on the Wicklow Round Route and it was bliss.

Back in the hills in muck and bog where I had trained for the last few years.

I went out running with friends and tried to keep up as well as I could.

Trying to match other runners pace that I used to run with was so hard.

I was at full throttle when they were jogging.

I kept on chipping away trying to gain weight and running as often as I could but it was a slow process of rebuilding everything I had taken for granted.

Recovery was and is a major issue now. Your liver processes protein!!

I was processing at 50% of my capacity so everything was on a go slow!

Accepting the fact that I could not recover after a run in a few days was hard pill to swallow and I paid for it on more than a few occasions.

I would do a hard training run and be busted for 3 weeks sometimes.

My pace seemed to come back pretty quickly which was great but endurance was out the window.

So learning to run again after something like this is I suppose a good thing in a way because you get to un-mistake all the silly mistakes you made the first time around.

I had a lot of time to think about what running meant to me and what I wanted to achieve if I ever got back to a good standard of running.

I had pretty much three months of been stuck to a room with nothing to do but research training and running. Well I did get through Breaking Bad fairly quickly.. Tee Hee

The Surgeon and Psychologist in the Hospital said there was a chance I may never run again and asked me how I felt about that. It definitely made me stop and think about how lucky I was to be able to do what I was doing and how I kinda took it for granted.

My food intake and digestion have changed for some reason since the operation. I suppose when you take out a lump of liver from your body it leaves space for everything to move around until it grows back and that must change digestion.

I went to see a Sports Nutritionist a couple of months ago to see where my body was at recovery-wise. I wanted to see how muscle I had gained and how my body was recovering. The really strange thing was that I am actually in better shape phyically than I was before the operation.

I haven't gone to the gym or lifted any weights but I seemed to gain a big amount of Muscle Mass for some unknown reason. I'm not sure if this is the bodies reaction to the operation and healing itself but bloody hell.

I am definitely eating way better than before the Transplant so maybe that's a factor also. Who knows!!

Another weird one was getting cramps in my heart.

Both times when I pulled out of the longer events I was getting cramps in my heart; I know that sounds weird but it wasn’t like a heart attack or anything.

It was it turns out just like the muscles in your legs, the muscles surrounding your rib cage and heart (called “intercostal muscles”) are also prone to cramping while you’re pounding the pavement. This sharp pain is highly localized—meaning you can usually put a finger on exactly where it hurts—and might worsen with movement. Dehydration or electrolyte depletion could be the culprits behind the spasms. I had never experienced it before or ever want to again.

It started off with one cramp and then they came more frequently until I had to stop the race.

Thankfully they have disappeared now and all is good with the Intercostal world.

The last side effect I have experienced while racing is falling straight off a cliff.

Very strange because there is no real warning sign. I am running along nicely and within the space of ten minutes I go from cruising to complete shutdown.

Normally in a race the slow down is progressive and over time and miles.

When I was trying to run the 24 Hour and the 100 Mile it happened both times without warning.

Cruising along nicely and my body just says nope and stops. No warning sign or telling drift in pace just a complete halt with a massive spike in heart rate.

Thankfully that seemed to have past now also.

I am sure there are Medical and Sport Professionals who can tell you the science behind why these things happened but I am just happy to be past them and running pretty well again.

It’s been a long but enjoyable journey back to where I am now. Only since January have I been able to get more than two training sessions in on one week. I’ve done a couple of back to back 50km days and some long back to back mountain days. Ran the Clover 50 Mile in Wicklow and cruised it comfortably with a 20 Miler the day before and 2 hours sleep in 36 hours. My brain and body held up well so I am keeping my fingers crossed for 12 days.

I am off down to Cork to run a 72km Mountain Trail Race and get my last long training run in before I head off for the biggest running challenge of my life.

I have no idea if I can make it to the finish or even halfway but I will give it my best and hopefully my body will do what it used to do and just keep running.

I am aiming to do a video blog of my progress along the way because I will be too tired to type and I don’t want to get my Princess tears on the laptop.

Now back to planning, planning and more planning. 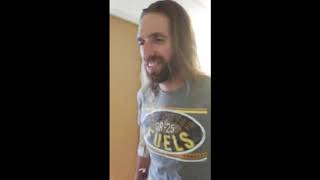 The Sum Of Our Parts